For some of you, I realise, a title like that is a real turn off. Oh God, he’s gone all stats on us.

I like to look at these things from time to time, especially as I start to ramp up the training. 27 hours though. That’s more than an entire day. As a numbers freak, it’s also massively satisfying to have done 333km in 33 runs. I know this isn’t so much considering the huge mileage monster runners out there but I’d not really stopped to think of it in that way before. If you’d told me on Jan 1st, “OK, Tom, pick a day before March; on which one are you going to run right through, all 24 hours?” I’d have laughed you out the room.

It shows how it all adds up. This is no bad thing, however. The fear is beginning to creep in at the moment. It’s now only 5 1/2 weeks until my 54-mile race at the beginning of April and only around 190 days until the 100k in September. 190 days does not sound long but it’s a lot longer than 5 1/2 weeks.

I have actually been getting my long runs in as I’d roughly planned. 20 miles last weekend (as per my last post) and a lesser 14-miler this past Sunday. This is doing wonders for the fear as is the fact that July’s weather has arrived in February. Winter, early Sunday long runs are meant to be miserable and dark and cold and miserable. How inspiring. But this weekend saw the most amazing sunrise through my entire long run. This helps me justify to myself my early get up so much and keep the motivation up which in turn keeps the fear under control: 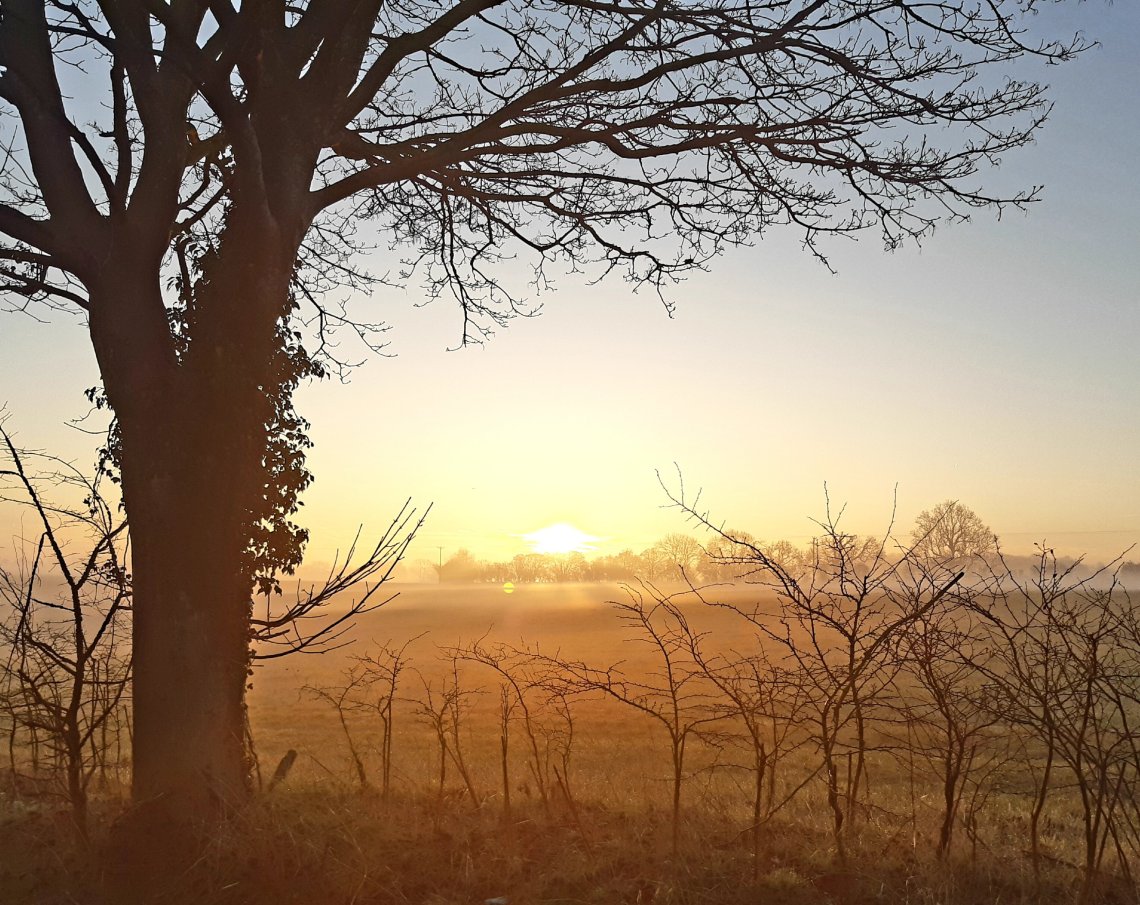 I know, the beanie gets a bit Brian Harvey when I try and combine it with a head torch.

It still hasn’t cottoned on to the fact it’s February either. A little run through the woods around Silverstone today felt more like late Spring. It also meant some great woody colours in the sun:

The bigger training runs are to come over the next couple of weeks with 26 and 31 miles. Bring on some more mornings like last weekend for those please. Once they’re done I’ll have nothing left to fear. Except perhaps trying to combine beanie and headtorch again.