When I run, I do like running alone. I can listen to whatever music I like and I dictate the pace I’m running at. That said, I also enjoy coming across other runners. I’ll wave or awkwardly try a weird salute gesture that looks so much cooler when other people do it. All in all I love the running community and the friendly sense of camaradery that we’re all out doing something we enjoy.

Today I was, however, on the lookout for someone I would not have wanted to meet. I’ll give you some context. For many weeks now Great Britain has been transformed into an unrecognisable country which experiences a proper summer. The sun had shone and shone and, if you’re anything like me, you’d love it. I mean look at it:

This is just the kind of running scene we’re not used to over here! That’s not a one off either, this one’s from 3 weeks ago:

Ok you get the picture. So…getting back to the point…who would I not have been so pleased to see today?

More to the point, what was so special about today? My legs were feeling good, the country is in good spirits about the football and the sun was shining, altogether meaning I had an enjoyable run. In fact, here is today, looking pleasant enough: 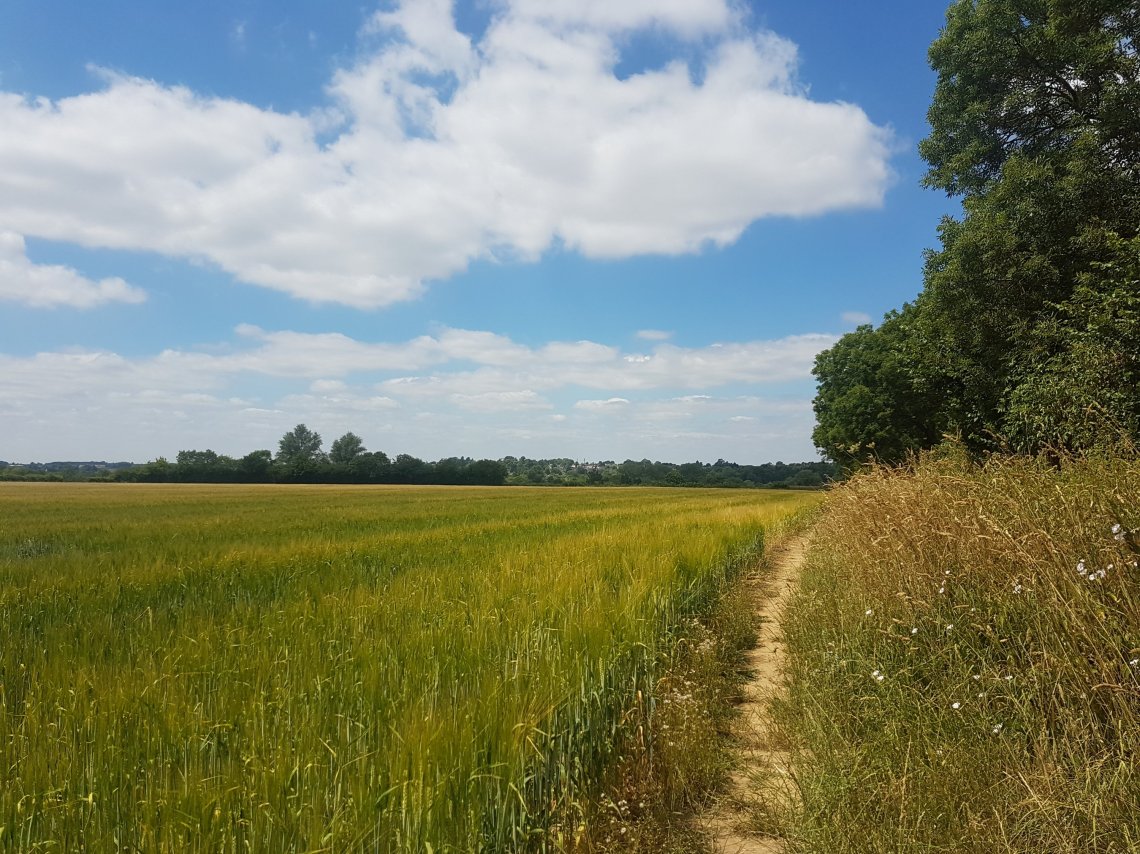 And here’s the thing. Having been 28C or higher for the past week, it was about 21C as I headed out today. I had the audacity, just for a split second, to think “gosh, it feels a bit chilly today” (‘gosh’ being something I think far more than I say, before you judge me). And there you have it. The person I would not have wanted to bump into today would be the Winter version of myself who, I hate to say, would have given me a right good smack in the face for thinking that.

He’d be right to have done that too, for I’d give anything for these running conditions when I’m trudging through the rain in the dark in January. If my motivation even drops slightly over the summer, I’m going to remember quite how awesome summer running is, get my shoes on and get out there, albeit occasionally looking over my shoulder for my Winter self who’s got a point to prove 🌞